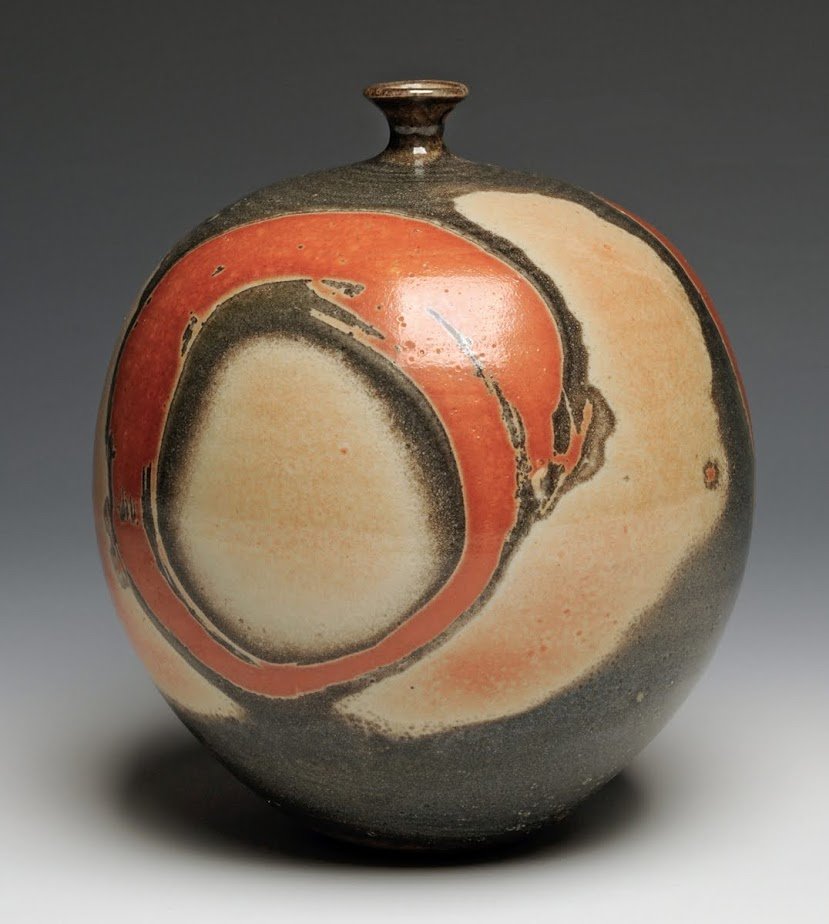 Inspired by Malcom: A Passion for Shino

Sandy Spring, MD – Inspired by Malcolm: A Passion for Shino is a juried exhibition featuring ceramic works from artists across the nation. All works feature the use of Shino glazes, one of which is Malcolm Davis Shino.

Inspired by Malcolm: A Passion for Shino, now showing at the Sandy Spring Museum in Sandy Spring, MD, honors the memory of Malcolm Davis with a juried exhibit of potters who use shino glazes for their work. Malcolm, a world-renowned potter who influenced and inspired so many to listen to and follow their heart’s desires, would have appreciated this.

Davis started his ceramics career mid-life, after serving as a minister for twenty years. He fell in love with clay, and then porcelain, and then American Shino with its carbon-strapping. The glaze he developed, known as “Malcolm Davis Shino,” is found in studios all over the world because he took the unusual step of publishing the formula for public use.

The exhibit was juried by Matthew Hyleck, noted ceramic artist and education coordinator at Baltimore Clayworks, and included works by artists from around the country. Juror’s Choice prizes (3) have been awarded.

Inspired by Malcolm: A Passion for Shino is sponsored in part by Judith Davis, Montgomery Potters, District Clay Center, Baltimore Clayworks, and The Clay Co-Op.